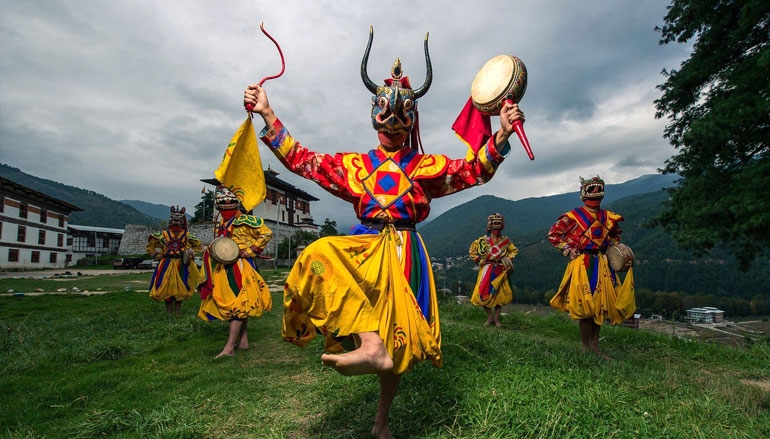 Bhutan's early history is steeped in Buddhist tradition and mythology. The medieval and modern times were a time of warlords, feuds, giant fortresses and castles. The visit of Padma Sambhava in AD 747 is an important landmark in the history of the country. The recent history of the kingdom begins with a hereditary monarchy, founded in the last century. It continued the country's policy of isolationism. Under the leadership of the third king Bhutan emerged from the medieval past of serfdom and reclusion.

Despite the speed of modernisation, Bhutan has maintained a policy of careful, controlled policy of development in order to preserve its national identity. Though known as Bhutan to the outside world, for Bhutanese Drukpa, the country known as Druk Yul: The land of thunder dragon. test